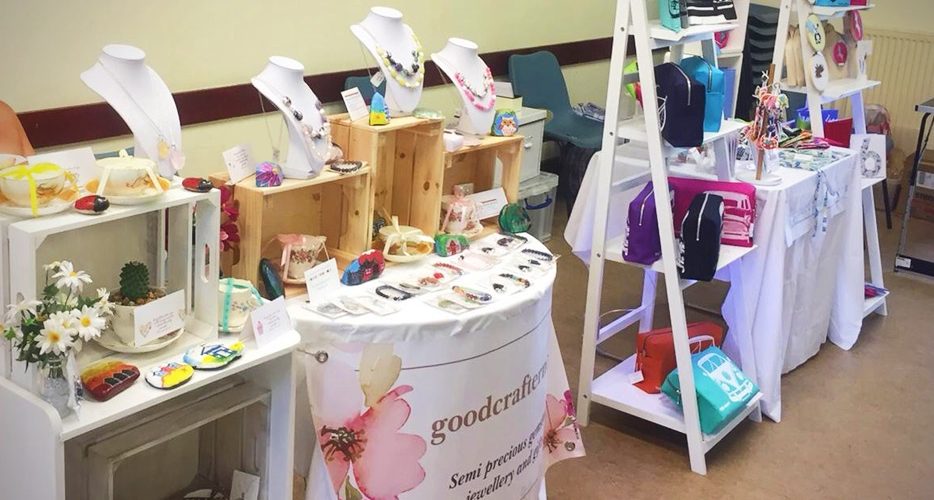 Our Summer Art & Craft fair had much better weather than the Spring fair, with beautiful sunshine throughout the day.

Our visitor numbers were double the previous fair, with 92 recorded coming through the door. The morning was more popular than the afternoon – there were 49 visitors in the first hour. Some stallholders have suggested the possibility of an England World Cup match having an effect on afternoon trade!

The majority of our stallholders had a successful day, with three tables taking over £100. The best seller of the day reported sales of £250!

Unfortunately some scheduled roadworks that were due to be completed before the date of the fair were postponed and consequently there was a road closure in Albury on the day of the event. This meant that there was no access to the village from the north and the A25, so removed any trade from people who were ‘passing through’ on the day.

We received response to our questionnaire from 18 of our 22 stallholders.

Did you feel visitor numbers today were :

Were your sales today:

The average sales per stall was £56

The highest revenue for a stall was £250

84% of our visitors made a purchase!