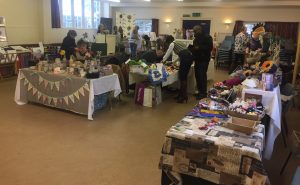 Our Spring Fair was held in Albury Village Hall on Sunday 18th March.

Unfortunately the weather was not favourable and heavy snow affected both stallholders and visitors reaching the venue.

We still managed to go ahead with nearly a full quota of craftspeople due to a few people who were able to step in as last minute replacements, and the visitors who were able to get to the hall were enthusiastic and interested to find out about the crafts that were being displayed. 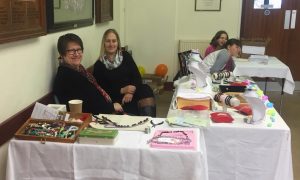 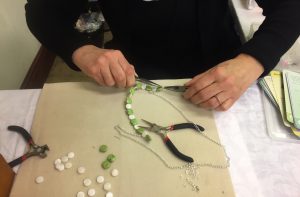 Despite a lower than expected footfall the majority of stallholders made sales and some took some impressive amounts considering the weather! The highest selling table took £145 and only one stall did not make any sales.

Some of the comments we received from sellers included:

Well organised – I would like to do it again!

Well organised and very happy to be here.

Free tea was much appreciated!